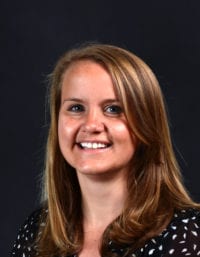 Watts is the Dean of Student Success at Coker University. She received her B.A. in communication and English from Coker and her M.Ed. in higher education and student affairs from the University of South Carolina.  Watts began working at Coker as assistant director of residence life and the first-year experience, became director of residence life in 2012, and dean of students in 2014. In July of 2017, Watts became Dean of Student Success.

Watts has served on countless Coker committees, taught Coker University 101 (CC101) and Coker University 102 (CC102), served on the Cobra Club board, the Coker Alumni Association board, served as the treasurer of Hartsville Young Professionals, and has presented at many symposiums, conferences and retreats.