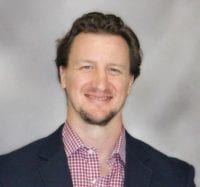 As a student at Coker, Shanks’s involvement was extensive. He was a member of the men’s basketball team and received the Timberlake Lawton Award recognizing academic achievement and community service. His other academic pursuits include a M.A. in international studies from the University of South Carolina and he is currently completing a Ph.D. program at Old Dominion University.

Shanks’s foreign language skills include Persian-Iranian, Persian-Afghan, Pashto-Afghan, German and Dutch, and he used these skills in his work as a Human Terrain Specialist for the Department of the Army during three years in Afghanistan. He was a critical part of the team responsible for security, intelligence and foreign policy formulation.

Shanks is currently a Research Assistant and full-time Ph.D. student Old Dominion University, and teaches online courses for Coker University in the areas of human geography, political science and international politics. He was twice elected president of the Graduate Society of International Studies.