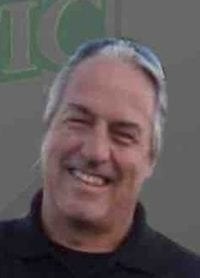 Robert Campbell “Bird” Brown, 58, of Westminster, MD, passed away unexpectedly at his home on Windy Hill Monday morning, April 26, 2021. Born May 1, 1962 in Fort Knox, KY, he was the son of the late Lt. Col. Donald R. Brown and Joyce Chaney Brown. The youngest in a military family of 4 children, Bird spent his childhood living around the world including Rio de Janeiro, Brazil where he developed his love and passion for the game of soccer. He relocated to Westminster as a Sophomore in high school, quickly planting roots as a three-year varsity letterman in soccer and lacrosse at Westminster High School and becoming a beloved active member in the community which continued until his death. He was a life-long student – earning a Bachelor’s degree from Coker University where he was a 3-time academic All-American and captain of the soccer team, an MBA from Mount Saint Mary’s University and most recently a Master’s in Athletic Administration from his first alma mater. Bird, as he was affectionately known, was a career coordinator and counselor, coach and teacher at Westminster High School. He was a friend and mentor to many current and former students and enjoyed corresponding with them long after they had graduated. Before embarking on his second career in education, he worked for over 20 years in the banking and insurance industry. He dedicated his life to community sports, especially soccer, founding the Westminster Wolves Soccer Club for men which evolved into a successful club for boys and girls that introduced many to the “beautiful game”. Over his long career he coached baseball, basketball, lacrosse, and especially soccer serving as the Westminster High School girls soccer coach before moving to coach the boys for the past 7 years. He was a proud coach for the Baltimore Celtic Soccer Club. Bird loved listening to music, especially the Grateful Dead, attending concerts and sporting events, and spending quality time with his many close friends and two faithful canine companions, Molly and Bamboo. But most of all, Bird loved his family above all else and took great pride in his three sons, with whom he shared such a special bond. He was a loving and devoted husband of 32 years to his beloved wife Anne Camille. Surviving in addition to his wife are children Michael Chaney, Ryan Campbell, and Matthew Joseph Brown of Westminster, MD; Step-Mother Diana BlanchardIn-Laws Mike and JoAnn Karpers; Sister Donna Hansen; Brother Douglas Brown and wife Kelly; Brother Charles Brown and wife Melanie; Sister-in-law Susan Slade (David); Nephews Jonathan (Bonnie) and Anthony Hansen, William Brown (Melanie), Connor Brown, William and Austin Slade; and Nieces Emily, Waverly, and Ainsley Brown. Rest easy, Birdman. His family will welcome friends on Friday, April 30, 2021 from 4 to 7pm at St. John Catholic Church, 43 Monroe Street, Westminster. A Funeral Mass will be celebrated on Saturday, May 1, 2021 at 1pm with a eulogy beginning at 12:45 pm. For those who are unable to attend, the service will be livestreamed. To join virtually, please go to the St John Facebook page (@stjohnwestminster) and scroll down to videos. St. John will observe social distancing along with the wearing of face masks and use of hand sanitizer at both the visitation and funeral mass. Interment will be private. In lieu of flowers, donations may be made for a Robert “Bird” Brown Memorial Scholarship using the following Go Fund Me link: https://www.gofundme.com/f/bird-brown-family-expenses?utm_campaign=p_nacp+share-sheet&utm_medium=social&utm_source=facebook Online condolences may be offered to his family at www.prittsfuneralhome.com Arrangements provided by Pritts Funeral Home and Chapel, Westminster.