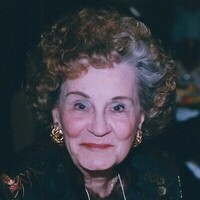 Betty was born in Florence, a daughter of the late Joseph Jennings Blackmon and Jessie Hamilton Blackmon. She graduated from Coker College with a Bachelor of Arts in English and History, and later with a Masters (plus 30) from Francis Marion in Education. She worked as a teacher in public schools in Florence and Hampton, VA. She was the widow of Col. Henry Roydon Wilson Wyman, and was a devoted military wife.

Betty was an active member of Central United Methodist Church, where she served as a Disciple Teacher, a Stephens Minister, and on the Altar Guild. She was also a member of the Daughters of the American Revolution, the Quill Club, the Sidney Lanier Club, the Florence Symphony Orchestra Guild, the Florentine Society, and the Chopin Music Club.

Memorials may be made to Central United Methodist Church or McLeod Hospice.