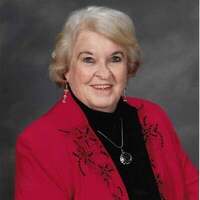 Ritta was born and raised in Etowah, Tennessee. Her family moved to Marion in 1952 and she graduated from Marion High School in 1957. She graduated from Coker College in 1961. The next 41 years she spent as an educator in Marion, South Carolina. Once she retired she served faithfully on the Marion County School Board for fourteen and a half years. She was also the first female elected to the Marion City Council where she served for sixteen years.

Additionally, Ritta was an active member of Marion Baptist Church for nearly sixty years. She was also a member of the Marion Chamber of Commerce, the Azalea Garden Club of Marion, along with various Bridge and Supper clubs over the years.

Funeral Services will be held at 3:00 PM on Monday, March 15, 2021 at Marion Baptist Church. Burial will follow at Rose Hills Cemetery directed by Richardson Funeral Home. Use of masks and social distancing are heavily encouraged. The service will be streamed live on the Richardson Funeral Home (Marion, SC) Facebook page.