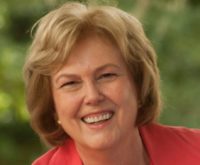 “The Selections Committee was very impressed with Patricia’s achievements as teacher, leader, author and public servant, as well as the many honors bestowed upon her,” said Carol Atkinson, president of the Coker University Alumni Association. “We were proud to select her as our 2016 Distinguished Alumnus.”

During her long career in higher education, Lancaster served as a member of numerous professional educational associations and community boards. She also facilitated or presented at workshops and conferences throughout in the United States and Europe and has published extensively. She received the Hamilton Holt Medallion for Service to Rollins College in 2001 and was awarded the Rollins Decoration of Honor by the Board of Trustees in 2006. Patricia currently lives in Winter Park, Fla.