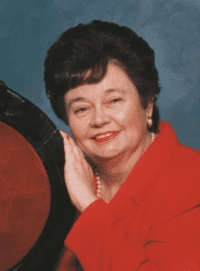 Kitty Player Beck, 79, was born on May 14, 1941, in Kingstree, SC. She departed this life on April 28, 2021, in Louisville, KY. She was loved by many and will be dearly missed. Kitty was the daughter of the late Joel Brunson Player and the late Lucile Dukes Player Poston. She had one brother, the late Joel Brunson Player, Jr. of Columbia, SC. She attended Kingstree high school, was student body president, and an honor student. She earned a Bachelor of Arts in Elementary Education from Coker College in three years. She received a Masters and a Doctorate of Education from Coastal Carolina University. She had a successful career teaching reading, math, and special education in SC for grades K-8. In NC, she taught courses for the NC Real Estate Commission, was a successful real estate broker and business owner of Beck Realtors in Raleigh, NC. She was a Director for the NC Association of Realtors and received the Realtor of the Year Award for the Women’s Council of Realtors. She also served as the Director of the American Cancer Society in Raleigh, NC. She was first married to the late William Carter Baker and had one daughter, Carter Baker Puckett. She was then married to the late Kenneth Emmitt Beck, Jr. and had two sons, Kenneth Emmitt Beck, III and Kevin Player Beck. She is survived by her daughter, Carter Baker Puckett (Jim) of Louisville, KY; her two sons, Kenneth Emmitt Beck III (Shawn) of Portland, Oregon and Kevin Player Beck of Louisville, KY; her grandson Matt Puckett (Amanda) of Mt. Washington, KY; her great grandchildren Bryson and Hayla of Mt. Washington, KY; her sister in law, Connie Beck Britton (JJ) of Sumter, SC; her brother in law, George Austin Beck (Connie) of Hope Mills, NC, their families; her late brothers’ families and close family friend Clarence “Buck” Dukes of Greeleyville, SC. Kitty was a true Southern Belle: she loved all children, never drank anything stronger than Coca-Cola, and never met a stranger she couldn’t talk to. She was warm, gracious and loved her family. Graveside services will be held on Wednesday May 5th at 1 PM at Sumter Cemetery, Sumter, with Rev. John Sosnowski officiating. The family will greet friends directly after the graveside service. On-line condolences may be made at www.sumterfunerals.com Elmore Hill McCreight Funeral Home & Crematory, 221 Broad Street, Sumter, is in charge of the arrangements (803) 775-9386.