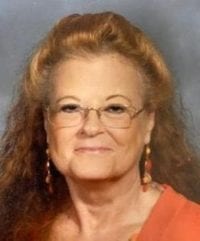 Graveside services will be held on Thursday, December 17, 2020 at 3 PM at Darlington Memory Gardens, directed by Kistler-Hardee Funeral Home.

Kathey was born in Fort Huachuca, Arizona. She was the daughter of the late John W. Carroll and Hazel Tyner Sansbury. Kathey graduated from Coker University in Hartsville and taught school for many years in Darlington County.

Kathey was preceded in death by her parents, and by a daughter, Tracy Brown Bruton.

Family and friends are invited to sign the online guest book at www.kistlerhardeefuneralhome.com.