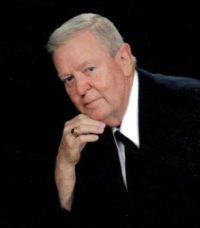 Mr. John D. Russell, age 75, entered into rest on Tuesday, February 27, 2018 at his home surrounded by his loving family. Funeral Services will be 1:00 PM Friday, March 2, 2018 from the Chapel of Miller-Rivers-Caulder Funeral Home by Rev. Stewart Kidd, Rev. Jerry McManus, and Rev. Sonny Hall with burial to follow in the Friendship United Methodist Church Cemetery. The family will receive friends from 6:00 – 8:00 PM Thursday, March 1, 2018 at the funeral home.

Mr. Russell was born November 23, 1942 in Albemarle, NC a son of the late Jessie D. and Estelle Clontz Russell. A graduate of New London High School, John attained his Bachelor’s Degree in Business Administration from Coker University of Hartsville, SC. He was formerly employed with J.P. Steven’s – Delta with 28 years of service, following that he was a sales representative with Sybron Chemicals, and then retired as program coordinator with Chesco Services Workshop after 10 years of service. Mr. Russell, along with his wife, was the owner and operator of the Carriage House Apartments. A faithful member of Friendship United Methodist Church, John currently served as Chairman of the Administrative Council. His hobbies included traveling, spending time at the lake, working meticulously in his yard, but his greatest enjoyment was time spent with his grandchildren.

In addition to his parents, John was also preceded in death by his brother, Larry Russell, infant brother, Ronnie Russell; and sister, Kay Johnson.