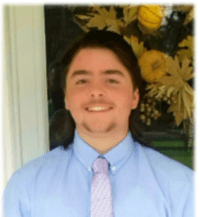 Garrett Tazwell Bakhsh was born on April 11, 2001. He was the first shared child of Natalie and Brad Bakhsh. From early on, Garrett exhibited a passion for athletics, a stubborn but fair demeanor, and an astonishing aptitude for love of family and friends. He was full of smiles and a willingness to help or do for others. Garrett had a ravenous appetite for anything his mother prepared in their always lively kitchen and Garrett modeled and esteemed his father’s inherent strength and stature. Brad beamed with pride when discussing Garrett’s drive to succeed, whether it was at school, lacrosse, or honing his physique with protein shakes and workouts to up his game over Christmas break. Garrett was a team player long before donning a varsity lacrosse jersey under scholarship at Coker University, where he studied Criminal Justice. Garrett began curating lifelong friendships at an early age, whether it was sleepovers and big breakfasts with Ryder, Chad, Connor, Nick and Bruce or dirt biking with his beloved brother, Dillon, and friends Ryan, Daron, and Travis. Garrett shared his mother’s intrinsic affection for the comfort and company of friends from all walks of life. He loved swimming, music, bonfires, and pork fried rice (extra egg, no veggies)! He also enjoyed inhaling California rolls, keeping his truck tidy and well-accessorized, and managing a most impressive mullet with the help of Tea Tree Shampoo. Garrett also loved taking care of his friends, which often included trucking over to scoop up Nico or Connor D., who would need rides after school. Garrett’s generosity and steadfast devotion to his friends will be remembered by all those who were gifted with knowing him, particularly Kaden, who had become like a brother in recent years. Garrett was quite the prankster. In kindergarten, Garrett told the teacher that his pre-existing bug bites were bee stings, which prompted a classroom evacuation and exterminator visit to the school. He also excelled at terrorizing his older sister, Ciara, whether it was locking her bedroom door from the outside (with her in it) or throwing her cell phone in the pool. Garrett had a knack for both laughing and making others laugh, with great enthusiasm. As a young boy, he decided to call “911” for no apparent reason. His folks were baffled then furious when Advanced Life Support showed up at the house. But his pranks were sometimes well-meaning like in third grade when he got out the phonebook and called every Curry family residence in Baltimore Co., looking for Morgan Curry to innocently invite her over to swim. Garrett was set on continuing the family business of public service and sacrifice. He had planned on becoming a U.S. Marshal after graduating college.

Garrett is survived by his loving parents, his cherished younger brother, Dillion (15) , adoring little sister, Nicole (8), older sister, Ciara (he still owes her a cell phone), his most dear “Pop”, as well as “Ga”. Garrett has numerous other extended family members and friends who will miss also him enormously. He will be laid to rest beside “Nana”, who proceeded him. Garrett will also join “Jake” his 120-pound Italian Mastiff, who will be riding “shotgun” with Garrett in Glory (despite being traumatized when a very young Garrett lifted his tail to take his temperature with a rigid and fridged glass thermometer). The family will receive visitors at Life Point Church, 1701 Emory Road, Reisterstown, MD 21136 on Thursday, February 6, 2020 from 3-5 & 7-9 PM. A funeral service celebrating Garrett’s life will be held at the church on Friday morning at 9:30 AM. Interment at the Emory Methodist Church Cemetery. Following the burial there will be a reception at Crossroads Community Church, 1041 S Carroll St, Hampstead, MD 21074. In lieu of flowers please make donations to Garrett’s GoFundMePage https://www.gofundme.com/f/garrett-bakhsh-family-fund Arrangements by Connelly Funeral Home of Dundalk.