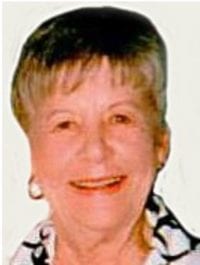 Elizabeth Anne (Moore) Pfaff died unexpectedly on February 18, 2019 of natural causes in her home on Eagle Lake. She was 85. Betty Anne, as she was affectionately known, was a loving woman, wife, mother, grandmother and great grandmother. She was funny, steadfast and tolerant, the peacekeeper. Betty could sing and was actively singing in college and at many gatherings, weddings and funerals at her hometown church. She could sing any show tune from any musical. She was a warrior for everyone she loved. Her family, friends, extended family and for every neighborhood kid that called Betty Anne before they called their own parents when they were in trouble, needed a safe place to hang out, needed a ride after being suspended or some advice.

Betty Anne was born in Conway, South Carolina to the late Grover and Mary Elise (Hardee) Moore on March 7, 1933. She grew up with many cousins going back and forth to the beaches in South Carolina. She was a cheerleader and thespian in high school. She attended Coker University where she was an all-state guard on the basketball team. She graduated from the University of South Carolina with a degree in secretarial science. While at the University she met and married Robert Allen (Bob) Pfaff, who proceeded her in death. Betty Anne and Bob were married for 57 years. They moved to Ann Arbor where Bob attended law school at the University of Michigan and then moved to South Bend. They later moved to Elkhart where Bob set up his private practice and then eventually moved to the family home on Eagle Lake where they grew old together. They raised 4 children, L. Benjamin (Jill) Pfaff of Ft. Myers Beach, FL, Elise Pfaff of Elkhart, Tracy (Rex) McKay of Eagle Lake, Edwardsburg and Carol (Mike) Harasick of Edwardsburg, 5 grandchildren, Mason Harasick, Lauren (Jeff) Bontrager, Cole B. Pfaff, Natalie McKay, Cassidy Harasick and 5 great grandchildren. She is also survived by her brother Donald (Nancy) Moore of Annandale, VA. Betty Anne loved the lake but never lost her connection with her cousins and the beach in South Carolina.

Betty was a homemaker. She was volunteer for Meals on Wheels and a Red Coat at Elkhart General Hospital. She enjoyed playing golf and traveling with her husband. She loved to sew and was an avid crossstitcher. She loved old movies and watching old TV programs. She never lost her great southern accent. Betty Anne did not want a funeral service and would quip that when she died to tell everybody, “Betty’s dead”. She would laugh and say, “you have to promise me”.

Honoring her wishes there will not be a service. Burial will take place at Adamsville cemetery in a private family graveside ceremony. Betty Anne, Mama, you will be sorely missed. We are sure Dad was waiting for you, and you both picked up where you left off.

Memorial contributions in memory of Betty Anne may be made to the American Legion Post 365, PO Box 47, Edwardsburg, MI 49112.

Online condolences may be sent at www.hartzlergutermuthinman.com.