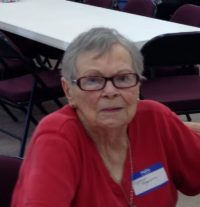 Virginia Cummings Rogerson, 90, of Florence, passed away on Tuesday, May 2, 2017, at Heritage Home in Florence.

She was born in Sumter, a daughter of the late Charles and Janie Moore Cummings.

She was a graduate of Coker University and received her master’s degree from Cal State Fullerton. She was a member of All Saints Episcopal Church and was a longtime member of the All Saints Chapter of The Order of The Daughters of the King. Virginia was a treasure to her hundreds of piano students and will surely be missed.

A memorial service will be held at 2 p.m. on Friday at All Saints Episcopal Church, led by the Rev. Paul Fuener and the Rev. Richard Archer.

A private Inurnment will occur at a later date at Florence National Cemetery.