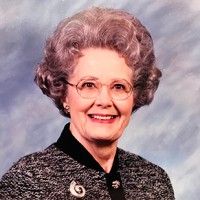 Frost, Theressa J. “Tess” of Bloomington, MN went to her eternal home with our Lord on Sat. May 8th at age 93. She is survived by 3 children, Richard (Loris) Frost, Jerry (Jan) Frost, Susan (Roger) Parks; daughter-in-law, Diane Frost; 11 grandchildren; 24 great grandchildren; many nieces and nephews and cherished friends. She was preceded in death by her beloved husband of 52 years, Maynard; and son, David. Tess was born and raised in Florence, SC and became a war bride three years after meeting Sergeant Maynard Frost, a native of Minnnesota, who was stationed at the local Florence Army Air Field base. They farmed for 12 years near Mountain Lake, MN before Maynard began his career with the US Dept. of Agriculture in Windom, MN, and then in St. Paul, MN, and Washington DC. She attended Coker College, SC and earned a BA degree from Metropolitan State University St. Paul, MN. Tess served as Personnel Director of Fairview-Southdale Hospital Edina, MN and Director of Human Resources for Federal Land Bank of St. Paul, MN. She was a Charter Member and previous Vice-President of the Health Care Personnel Association of MN (HCPAM). She was the founder of Career Network in 1982 – a ministry at Wooddale Church to the unemployed. She also served the Wooddale Job Support groups and personally prepared or reviewed resumes and provided job counseling as a free service until 2009, when she volunteered to pray daily for each unemployed person in the group. She was an active member of Wooddale Church from 1966 and served as Administrator for two building phases of the new church. She also sang in the choir from 1966 – 1996, was a previous drama team member, and the initiator and Chairman of the annual Operation Christmas Child event of collecting gift boxes for children worldwide. She was also a member of MN Christians Writers Guild and won first prize for their annual writers contest in 2002. At Gideon Pond Terrace, Bloomington, she served as Chairman of the Gideon Pond Dining Committee and a Gideon Pond Prayer Chain Committee leader as well as a volunteer librarian. Funeral services are scheduled for 11 AM Saturday, May 15th, with visitation one hour prior at Wooddale Church, 6630 Shady Oak Road, Eden Prairie, MN 55344. The service can be livestreamed at: wooddale.org/eventstreaming. Private interment will be at Fort Snelling. In lieu of flowers, memorials preferred to Wooddale Church Mission or Operation Christmas Child. Washburn-McReavy.com Edina Chapel 952-920-3996