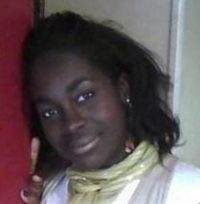 Sister Rosalind Lynette Johnson-Pearson 40, departed this life on Tuesday August 15, 2017 in Florence County. She was the daughter of Robert and Barbara Johnson and the mother of Tyler Pearson. You may visit the family at 244 Brunswick Drive, Marion. Service arrangements are scheduled for 11:00am Saturday August 19, 2017 at the Mt. Pisgah Missionary Baptist Church, Marion. She will be laid to rest in the Sunset Memoial Gardens, Marion. “Let not your heart be trouble: ye believe in God, believe also in me in my father’s house are many mansions; if it were not so, I would have told you. I go to prepare a place for you.” John 12:1-2 Rosalind Lynette Johnson-Pearson was born on April 19, 1977 to Robert Lee Johnson and Barbara Jean Timmons Johnson. Rosalind entered into eternal rest on Tuesday August 15, 2017 at McLeod Hospice House in Florence, South Carolina. She was educated in the Marion County School District, Marion, South Carolina. After high school, she received degrees from Florence-Darlington Technical College, Coker University and Grand Canyon University. During that time, she was married to Leon Pearson; and from that union, one remarkable son was born: Tyler Anthony Pearson. Rosalind was currently employed as a Special Education teacher with the Public Schools of Robeson County, North Carolina. Rosalind love fashion, music, and shopping. Her exuberant personality made her a joy to be around. She could put a smile on anyone’s face and that is why she was truly loved by many. Rosalind is survived by her parents: Robert Lee and Barbara Jean Johnson on Marion, SC; a loving son: Tyler Anthony Pearson on Marion, SC; three sisters: Millicent Johnson Addison of Marion, SC, Dr. Darlene (Dallas) Cantey of Latta, SC and Bernadette Johnson of Florence, SC; one special niece; Amanda McClellan of Conway, SC and a host of aunts, uncles, nieces, nephews, great nieces and great nephews, cousins, other relatives and friends.