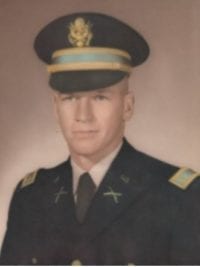 Jon passed away, February 11, in Kershaw Health, Camden. Born in Camden, he was a son of the late George Ross Cook and Alma Barfield Cook. After graduating from Coker University, Jon enlisted in the United States Army and was deployed in 1965 to Vietnam with the 1st Calvary Division, Second Battalion, 5th Regiment. On January 18, 1966, Jon was injured in combat in Vietnam and was paralyzed from his chest down. Although Jon never walked again, his courage for the next 53 years was evident to all who knew him. For his Army service, Jon received numerous awards and medals including the Purple Heart, Bronze Star Medal, Vietnam Campaign Medal, Vietnam Service Medal, National Defense Service Medal,Combat Infantry Badge, Parachutist Badge and Air Assault Medal. After returning home from Vietnam, Jon inspired many people and coached many youngsters at different sports in the Kershaw area. He was also a member of First Baptist Church in Kershaw.