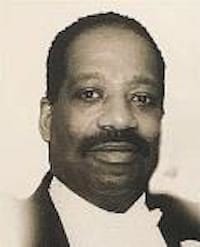 Don Henry White was born on May 27, 1955 in Charleston, SC. He departed this life on Friday, June 2, 2017 at his residence. The relatives and friends of Mr. Don Henry White are invited to attend his Funeral Service 10:00 AM, Wednesday, June 7, 2017 at St. Stephens Episcopal Church, 67 Anson Street. The burial will be at a later date. The family will receive friends between 5:00 and 7:00 PM Tuesday evening at the James A. McAlister Funeral Home, 1620 Savannah Highway. Online condolences may be made at www.CharlestonFunerals.com . Don was a son of Naomi M. White and the late Frank H. White, Sr. He was one of seven children and a twin brother to Yvonne A. White. He attended parochial school until the eleventh grade and graduated from James Island High School Class of 1973. He then furthered his education at New England Conservatory in Boston, MA. He also played with the Boston Pops. He later attended Coker University in Hartsville, SC, where he received his BA in music. Don started his musical career at St. Patrick Catholic Church, where he was choir director. He later became a member of St. Stephens Episcopal Church. He then became employed full-time as Choirmaster/Organist. He also taught music at the College of Charleston for three years. Don was well known for his Iconic Inspirational Musical Style that only he can do. Don was a member of the local chapter of the American Guild of Organists. He was also a member of the Charleston Symphony Orchestra for many years. He was bestowed with the honor of Who’s Who in the World. Don resided at 310 Broad Street for 15 years until he became ill. Don was not only an exceptional Classical musician, his talent went far beyond the Ivory Keys: he was an outstanding fashion designer as well as a gourmet chef and interior decorator. Don loved cultural events; he played for Spoleto, as well as the Moja Arts Festival. Don inspired all who came in contact with him through music, teaching and conversation. He had a flare for the finer things in life and he enjoyed them immensely until he became ill in October of 2009. Don was truly gifted and talented; everything he touched, he mastered; pure genius he was. Don was preceded in death by his father, Frank Henry White; two brothers, Frank Robert White and Frank Fred White; both paternal and maternal grandparents, and Jestine Matthews. Left to cherish his fond memories are his loving mother, Naomi White; three sisters, Francina M. Williams, his twin, Yvonne A. White, and Sonya D. Mitchell (Derrell); one brother, Jerome J. White (Vera); and sister-in-law, Ruth L. White. A host of nieces, nephews, grandnieces, grandnephews, cousins and friends will mourn his passing. Arrangements by JAMES A. McALISTER, Inc. 843-755-1365. Visit our guestbook at www.legacy.com// charleston