“With the new millennium, I came to Coker sensing that I had the opportunity to help build something special: a college where we could watch ‘the lights come on’ in a student’s mind. I have not been disappointed. This is especially true of my experiences in overseas study. Many of my study abroad alumni are still traveling and seeing more than ever the importance of travel as a crucial component of the liberal arts and essential in the preparation of the student for citizenship.”

Ethnicity and nationalism, focusing on sociolinguistics and linguistic minorities
Language renewal or preservation movements like those of certain Native American peoples, the Welsh, the Ainu of Japan, the various Balkan peoples, and the Romany people.
My latest research involves how some ethnic minorities in East Central Europe used terrorism in the years after World War I as a political tactic to achieve independence for their homelands. 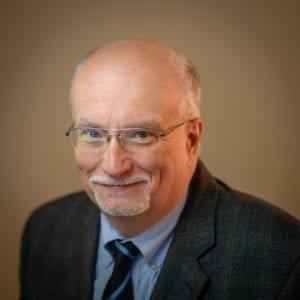