“I have always wanted to teach at a small college since my days at Hamilton College. Coker was a perfect fit for me—a school where I could teach, continue doing research and get to know and interact with all of the faculty, staff and students.”

The addition of a fluorine atom to a molecule can have a substantial effect on the electronic properties of that molecule. The properties of fluorine gas include a high electronegativity, strong electron withdrawing ability and a high reactivity towards organic molecules. Because of these properties, fluorinated materials have found their way into many modern day materials, and fluorine chemistry is a quickly growing branch of chemistry. Major companies like Dow, DuPont and Air Gas produce many fluorine containing compounds like Krytox®, Teflon®, chlorofluorocarbons (CFC), hydrochlorofluorocarbons (HCFC), hydrofluorocarbons (HFC) and sulfur hexafluoride (SF6). Recently, fluorine has begun to enter the field of biochemistry due to the increased bioactivity imparted to pharmaceuticals. Prozac (antidepressant), Lipitor (antilipemic, cholesterol lowering) and various fluoroquinolones (antibiotics) are probably the most well-known fluorine containing pharmaceuticals. As the activity of certain fluorine containing drugs becomes more understood, the interest and excitement for this area for research will continue to grow.

My research group focuses on fluorine chemistry. One of the compounds we are studying is trifluoronitromethane, CF3NO2, a compound first characterized in the early 1950’s. However, a viable synthetic route for industrial applications is still not commercially available. There have been several proposed uses for CF3NO2. The most significant use is as a replacement dielectric gas for sulfur hexafluoride, SF6. Some other proposed uses are (1) as a solvent for optical recording, (2) as a heat transfer fluid, (3) as a gaseous ultrasound contrast media and (4) as an acoustically active drug delivery system. The development of these commercial applications have been severely hampered by the lack of commercially available material. One goal of my group is to optimize the primary reaction conditions of a batch reaction process by either finding a catalyst that lowers the activation energy or by developing a flow system that will minimize the pressure of the reaction.

We will also be working to further develop a photochemical method.1 This method produces CF3NO2 under much more benign conditions than the batch process but is hindered by the equilibrium between NO2 ⇄ N2O4. The NO2 radical is the reactive species in this reaction, but at low temperature and pressures, the unreactive N2O4 molecule is the dominant species. 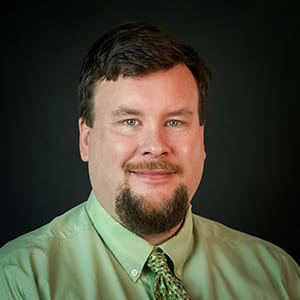